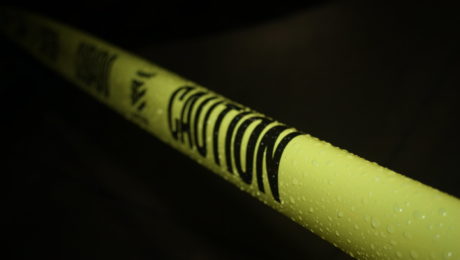 As per our previous post about investment fraud, the most important point is to avoid it in the first place. Get regulated advice, get a second opinion and trawl through the internet.

Once your money has been invested in a fraudulent scheme it is likely that it has gone. Often any recovered funds are eaten by liquidation and legal costs in a process that can take years to conclude.

There are good alternative investments out there than can provide good returns but sorting out the wheat from the chaff is perilous.

In the media this week there has been another major mis-selling scandal that has cost investors £236 million. London Capital & Finance (LCF) secured the investment mainly from elderly investors who were looking for a way to achieve better than bank interest rates on their savings. LCF were offering around 9% p.a.

To manage to secure nearly a quarter of a billion pounds in investment LCF used the services of a marketing/distribution company and paid 20% commissions on the investment that they raised. Some simple maths here:

If an investor is expecting 9% return on their £100 investment, after one year they should have £109. Now, since LCF paid 20% commission £80 needs to grow to £109 – that’s over 36%. Admittedly that is a little sensationalist – although I have not read the terms and conditions of the LCF investment I should imagine that there would be a minimum term of 5 years or so in which case to generate 9% for the investor, LCF would have to make a minimum of 14% every year but more realistically closer to 18%-20% to cover costs and to make a profit for the company.

Regardless of whether LCF would have had to generate returns of 18% or 36% – they would have had to take very high risks with their investors’ cash to achieve this. Considering that banks might charge in the region of 5-8% for a secured loan to a small business, why would a company resort to paying 20% p.a. for a loan? The answers being that either they have no other options or that they have no intention of repaying the loan.

This story reminded me of an investment that was brought to EFPG a few years back.

On the face of it this investment appeared to be a little off the wall but had possible merit.

A salesman presented the opportunity to us as a pension investment with the advice being provided by other financial advisory companies. EFPG would only be supplying the pension.

The Providence funds invested in Brazilian factoring offering low risk 12%-13% investment returns. Factoring in simple terms is buying a company’s invoice at a discount, improving cash flow for the company instead of waiting for the invoice to be paid. Factoring is quite a commonplace activity.

EFPG rejected the proposal twice. The risks involved were too high.

Firstly, the Brazilian economy was in a poor state – perhaps a significant number of the purchased invoices might not be paid.

Secondly we were not convinced that the funds invested in Brazil would be managed to the standards as we are used to in the EU.

Finally and most importantly – the fund was being marketed as low risk but offering market beating returns.

Unfortunately EFPG was proved right. When the investors’ money (having been invested via a regulated Guernsey fund) arrived in Brazil, over 30% of it was not used to buy company invoices and could not be accounted for. Also undisclosed commissions were paid out.

A judge for the Royal Court of Guernsey described the Providence Funds as “a reeking pile of guano” and was told that there is no available cash to return to investors who put more than £37 million into the collapsed investment business.

It is quite possible that the salesman was duped by the investment company and was drawn in by the prospect of large commissions. Equally, if any pension provider had permitted the investment, the temptation of volumes of business and fees may have over-ridden any doubts about the quality of the investment.

EFPG has not researched the fraud fully and so we do not know whether it was limited to Brazil or if people further afield were complicit. Regardless, the warning signs were there. A huge carrot was being dangled – a virtually risk-free investment offering 12% returns.